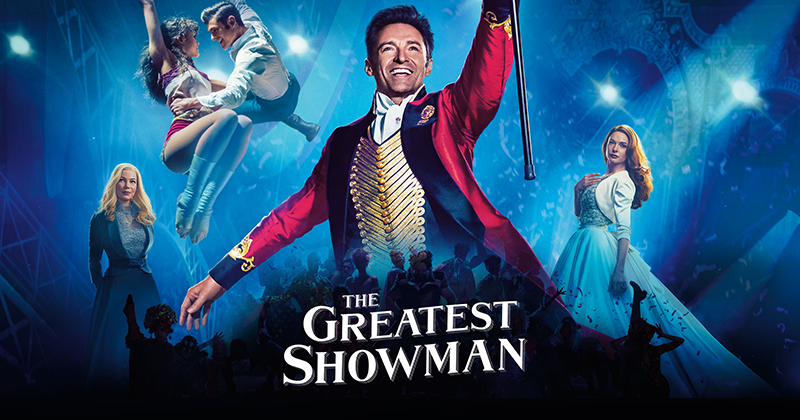 When I was a kid, the circus coming to town was the best part of the year. Be it with family or friends or a summer-camp field trip, one way or another I’d find myself under the big top, and every time it was a different experience, a new thrill. I would be hard-pressed to tell you my favorite part; I loved it all: acrobats on the high trapeze, incredible animal acts, death-defying stunts, and hilarious slapstick clowning-around. Like many, it crossed my mind more than once to run away and join them. There was always something alluring about hours of suspended disbelief, all initiated with an echoing voice sweeping the stadium, “The Ringling Brothers and Barnum & Bailey proudly present… The Greatest Show on Earth!”

Much has changed since the peanut-scented memories of my childhood. The circus was under scrutiny for over a decade as activist groups protested the treatment of the animals. Sales declined, and May 21st of last year, the world bid farewell to the show after 146 years. But in December, 20th Century Fox brought me something to satisfy my hankering for that old circus nostalgia: The Greatest Showman. If you haven’t seen it already, I’ll warn you now that there’ll be movie spoilers ahead. But where we’re going, more than that is ripe for spoiling. Like any biopic, the real story has been trimmed and polished to fit on the silver screen. Come along behind the curtain, and I’ll show you the real Showman.

The Greatest Showman begins with P.T. Barnum and his troupe performing in their “Greatest Show”, then flashback to P.T.’s childhood as his father’s assistant. We are introduced to Charity, daughter of the well-to-do Hallett family, with whom P.T. is clearly taken. The musical number “A Million Dreams” keeps the pair together over distance and time, and as any heartwarming montage would do, smooths over even the most painful human experiences. The reprise of “A Million Dreams” introduces us to P.T. and Charity’s New York apartment and their lovely daughters, Ballerina and The Other One. P.T. wishes for more than their humble life, so he steals paperwork and finagles a bank into furnishing him a loan using a (bankrupt) company’s (sunken) ships as collateral to purchase a wax museum in Manhattan. His girls’ request for something living to display kicks off his search for “freaks” to include in the show. The song “Come Alive” takes us through meeting P.T’s new employees, including a little person, a bearded lady, a pair of acrobatic siblings, and more. A critic negatively reviews his show, but we all know haters make you famous, and P.T. is inspired to spin the insult into a new title for his museum: Barnum’s Circus. This brings us to the spectacularly choreographed song “The Other Side” and the introduction of Phillip Carlyle, whom P.T. believes will help him appeal to society’s upper crust. They join forces and travel to England, where they meet the Queen and (somehow) more importantly, an opera singer named Jenny Lind. P.T. believes her to be the answer to his desire to widen his audience, and he convinces her to go on tour with him across America.

In the real, less romantic and hopeful world, Phineas Taylor Barnum was born in 1810 to father Philo Barnum & mother Irene Taylor. Following his father, P.T. Barnum got his start as a shopkeeper and  later expanded his business to include a lottery network in his home state of Connecticut. In 1829 he married Charity Hallett, and started a weekly newspaper, The Herald of Freedom. Barnum’s “editorials” about elders in the local church brought forth litigation for libel, and he was briefly imprisoned as a result. When the lottery was banned in Connecticut in 1834, he cut his losses and moved to New York. He exploited a loophole in New York’s slavery laws to lease (rather than purchase, because that’s so much better) a woman named Joice Heth. Having learned precisely nothing from his prior consequences of lying about people, he carried on the hoax that she was George Washington’s nurse and over 160 years old. Barnum hadn’t gotten enough money out of parading Joice around for ten to twelve hours a day: when she passed away he charged people 50 cents to watch a live autopsy of her body, wherein he “revealed” she was hardly half her purported age. Despite the financial crisis titled the “Panic of 1837”, Barnum recovered to purchase Scudder’s American Museum in 1841, and after an impressive remodel, he renamed it Barnum’s American Museum. His inclusion of stretched truths such as claiming Tom Thumb was eleven years old rather than his true age of four, and full-on hoaxes such as the FeeJee Mermaid with the head of a monkey glued to the tail end of a fish, outlined his passion for the inaccurate, and he was even quoted as justifying his lies in claiming they were “advertisements to draw attention…to the Museum. I don’t believe in duping the public, but I believe in first attracting and then pleasing them.” In 1844, Barnum began a tour of Europe which brought him before royalty including the Queen of England and the Czar of Russia, generating significant revenue for Barnum.

The second act of the film brings us to the beginning of Barnum’s cross-country tour featuring Jenny Lind, the Swedish Nightingale, and her solo, “Never Enough”. The performance wins the hearts (and wallets) of the United States audiences. For the first time, P.T. is accepted into high society and shuns his circus family because of it, inspiring the power-ballad “This Is Me”. Meanwhile, Phillip attempts to push his upper-class norms aside and publicly demonstrate an interest in one of the acrobats, Anne Wheeler, which backfires spectacularly when his racist parents openly degrade her. The two perform the visually fascinating and lyrically heart wrenching “Rewrite the Stars”. Charity is left at home while P.T. is away, and she brings us along her feels-trip with “Tightrope.” When P.T. shuns Jenny’s romantic advances, she decides to quit the tour, reprises “Never Enough,” and succinctly throws P.T. under the figurative bus with a literal kiss. With his tour cancelled and his income shut down P.T. returns home, only to find Charity leaving with the children because of the scandalous headlines. He turns to his circus for support, but when a fight breaks out and a protester sets the building on fire, Phillip is hospitalized. P.T. is left with nothing.

Barnum’s real-life European tour did lead him into contact with Jenny Lind, and though he was admittedly not a musical person, his focus on profit made him willing to risk $150,000 on someone he’d never even seen perform. It was this greed, and not at all a romantic situation, that sent Lind away from Barnum’s company; by 1851 she had become so uncomfortable with Barnum’s aggressive marketing campaigns (including retaining 26 journalists on his payroll) that she left Barnum’s tour. The destruction Barnum faced was true; he was no stranger to fires, as there were five blazes that “burned to the ground all his accomplishments”. His first mansion, named Iranistan, burned down in 1857, and his museum was burned not once, but three times; the first in 1864 as a result of politically-motivated arson, the second and more destructive in 1865 because of a furnace in an adjacent building, and the third and final straw for Barnum’s museum in 1868 due to undetermined causes.

Here we find ourselves in the final act of the movie. The smoke clears for P.T. during “From Now On” wherein the circus family comes through for him, dragging him out of a drunken rut in a pub. Phillip recovers, with Anne by his side, and is able to offer his savings to rebuild the circus on the condition of full partnership in the future. Together the men revamp the show as an open air tent-circus near the docks in the city, and P.T. leaves the show in Phillip’s capable hands to the reprise of “Greatest Show”. P.T. rides off into the snow on an elephant (because sunsets and horses are lame) so he can repair his relationship with Charity.

In 1870, at the silver age of 60, Barnum found his way into the travelling circus business. The fifth catastrophic fire in Barnum’s life was the destruction of his memorably-named “Hippotheatron” in Madison Square Garden in 1872. Undeterred, he carried on, merging in 1881 with James Bailey and his company, forming what would eventually be called Barnum & Bailey Greatest Show on Earth. When Barnum died in 1892, Bailey continued his legacy and toured with their combined names. In 1907 the Ringling Brothers purchased Barnum & Bailey, but ran the shows independent from one another until 1919. On March 29th, 1919, the combination debuted under the headline, “The Ringling Bros. World’s Greatest Shows and the Barnum & Bailey Greatest Show on Earth are now combined into one record-breaking giant of all exhibitions.” Today, that circus is over. But I, for one, enjoyed the hell out of The Greatest Showman, and although it’s not a perfect history, I believe it certainly is just about a perfect story.

Primary administrator of the NerdFeed Instagram, article contributor, & all around pretty cool chick.