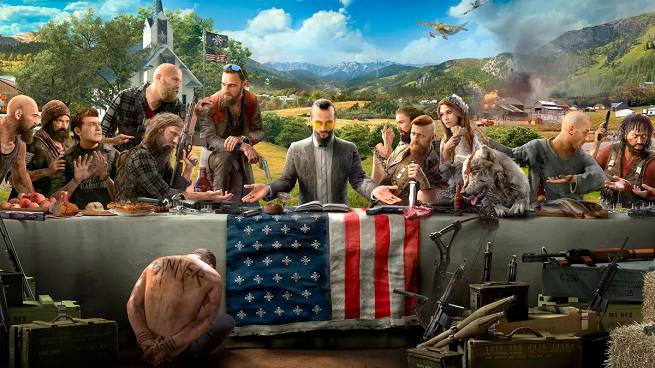 Fear is a powerful emotion. It has dictated and inspired artists for millennia. You can look at the works from any point in human history and surmise what it was that terrified our ancestors. In the Dark Ages, people painted Demons because they feared the darker instincts of themselves destroying what precious little societal stability they clung to. Dracula was written in 1895, in an era of extreme xenophobia, and depicts a dark mysterious foreigner that brings disease and sexual impropriety into the heart of London. The 50’s and 60’s were the peak of the Cold War, and thus we saw a lot of alien invasion movies showing good ol’ Americans being invaded and conquered by foreign and uncaring forces.

This trend of drawing upon real life circumstances to terrify audiences has extended into the modern age as well. Cracked.com has a really great article about this phenomenon that postulates modern zombies are actually republicans. You can check it out here, if you have a moment or two to kill.

But keeping this in mind, it seems society has switched its fearful eye to yet another terrifying group of people to draw hair-raising inspiration from:

Yes, it seems the newest boogie man, at least in the video game industry, is the redneck.

Just look at some of the releases from the last year or so. Now, admittedly the last one has not been released by the time of this article. But it still perpetuates the trend. Resident Evil 7 takes place in rural Louisiana, Outlast 2 is in an isolated town in Arizona, and Far Cry 5 deals with a sort of Waco situation taking place in Montana. For whatever reason, video games find something terrifying about these kinds of people. But why? What precipitated this view?

Well, here’s a theory (of my own devising) that may explain this shift. Bare With Me Here…

First, we have to rewind all the way back to 2001. In September of that year, the largest attack on our country’s history took place. Shortly after, we were told by intelligence agencies and the news that there were whole swaths of people out there that were so fanatical to their God and religious identity, that they would stop at nothing to hurt us. A war followed and, once again, religious fanatics of vaguely middle-eastern heritage showed up in our pop-culture. Iron Man (2008) begins with our hero being captured by a militia in Afghanistan. Hell, the Modern Warfare revamp of the Call Of Duty games back in the 00’s often revolved around middle-eastern locales. People could not fathom an entire culture of people looking to kill them for religious ideology. And that scared people a lot.

But as time went on, a new generation of people started to realize the situation isn’t that black-and-white, and that every society has its own extremist fringes. The American wars in the Middle East became increasingly unpopular and a dawning comprehension of our past mistakes began to take hold. The concept that people and communities should not be judged by the most extreme among them began to gain traction.

But then the catalyst happened…

A certain election (that must not be named) took place and a new age of conservatism seemed to have dawned. But most importantly, an increasingly modernized America was forced to recognize that there is an entirely different side of this country. One that holds guns, God, and country above all else, and that fundamentally disagrees with its counterpart.

Most people of video game-playing age, that is to say people in their 20’s or 30’s, are part of a generation that statistically happens to be one of the most secular in American history.

Couple that with the sudden confrontation with the fact that this “other half” of America is God-fearing, packed to the gills with guns, and has just as much political clout, and you have yourself some Grade-A fear fodder. It’s, at best, completely alien to them and, at worst, the same volatile descriptors used to scare them as children back in 2001 about a completely different group of people. Video game companies cleverly picked up on this view and incorporated it into their products. And the rest, as they say, is the near future. No, wait…

Well my point is, young-adult suburbanites who don’t understand, or outright rejected, the idea of religion and have very dubious opinions about guns, cannot think of anything scarier than rural America.

BOOM. There you have it. My theory on why we keep seeing more of these games pop up. Of course, I could be completely wrong, in which case, silly you for reading this whole thing.