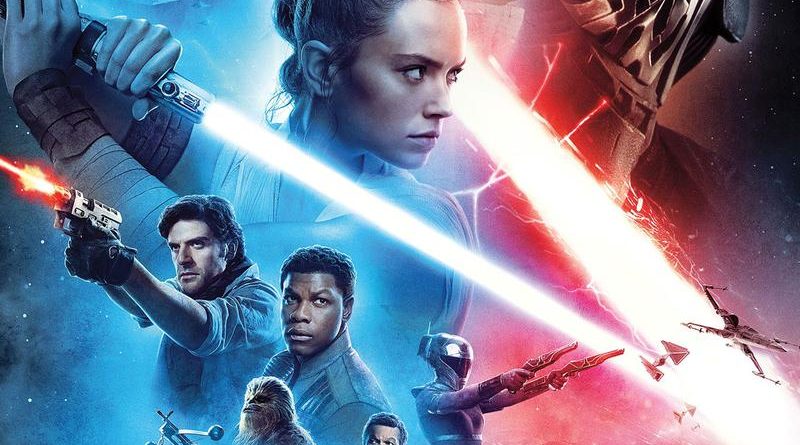 I have loved Star Wars for as long as I can remember. I know every movie by heart and played every video game I could get my hands on. I memorized every factoid I could and then begged various family members to play Trivial Pursuit: Star Wars just to show off all my useless knowledge.

I am a Star Wars fan.

And, as most of you know, that’s a hard thing to be. You see every flaw and misstep, but you still love it. You want to scream in frustration, but eagerly wait for the next installment in your Darth Vader pajama pants. I get it. This was my childhood too.

I’m saying all of this so that you know where I’m coming from when I reveal to you an immutable truth about The Rise Of Skywalker (and the entire franchise in general):

This movie sucked hard and that is okay.

It occurred to me a couple days before this film’s release that I was feeling something that I had never experienced before any Star Wars film in my life… Dread. I was in no way excited to see the final installment in this saga. In fact, it was the exact opposite. I felt as if I were being sucked into a blackhole that I couldn’t escape. One way or another, it was my destiny to see this movie. I had no choice in the matter. So, when me and a friend finally made plans to see it, it felt as if I were heading for the gallows.

“But this is a remarkably good place to be!” I thought to myself, taking a stab at a little optimism. “I’m going in with low expectations, so there’s nowhere to go but up!” So, I threw on my best Jedi robes and affixed my “who’s your daddy” pin to my tunic. We’re going to see a Star Wars movie, dammit.

But as I left the theater inevitably disappointed, one thought kept running through my head:

Rian Johnson managed to ruin a film he had nothing to do with.

Now, I know that’s a rather inflammatory statement and it’s not entirely fair to place the blame squarely at Johnson’s feet. There was a series of reactionary mistakes from the top down that led us to where we are now. But that’s just what they were. Reactions to Johnson.

So, let’s take a look at some of the actions and reactions that gave us the shiniest of turds currently gracing our movie theaters right now. As always, I will keep this as spoiler-free as possible. Except for The Last Jedi. I’m going to dissect it pretty hard.

Action 1: Johnson kills off Snoke, Sith Lord, Master of Kylo Ren and movies-spanning antagonist to our hero, Rey. It was not done in a satisfying or climactic way and awarded no triumph of note to anyone, least of all Rey.

Reaction: Disney realizes this leaves Rey without a struggle and Ren without any capacity for a redemptive arch. In desperation, they reach out to improbable and ultimately silly story threads to try and make it work. (Spoilers: It doesn’t)

Action 2: General Hux (He was a real character you probably forgot about) was basically demoted to one of those Weeble Wobble dolls for Kylo to knock around, usually for forgettable comedic effect.

Reaction: “Well, we have to give him something to do, right? I don’t know, give him something super contrived to do that everyone will see coming a mile off. Also, get another general guy, that isn’t a cartoon at this point, and shoehorn him in there somewhere”

Action 3: Our three main heroes, Rey, Finn and Poe are never in the same room with one another. They meet in the last minute and a half of the SECOND film in a TRILOGY long enough to say hello to one another.

Reaction: Disney, hoping for some sort of proxy for Han, Luke and Leia, attempt to shove what should’ve been hours of film dedicated to forming these friendships and building character into about four minutes of the last movie.

Action 4: None of our characters in the entire runtime of The Last Jedi have changed in any meaningful way. Finn got a fourth-grade class on war profiteering, Poe committed Mutiny, but nobody is like, super mad about it and Rey can still do Force stuff without being any closer to becoming a Jedi. Sure, she went to the library and checked out some books on the topic. But that’s not growth. That’s still only potential.

Reaction: “Ah, crap. Nothing happened in the second movie. What if we just shove two movies into the runtime of one?!”

Now, I don’t want to give anything away, but by my count, there were four separate sacrifices/setups that pay themselves off within five minutes of their introduction. And that’s what I could pay attention to without being at risk for whiplash. They introduced so many characters, situations, planets, and enemies that you would’ve thought they made a four-hour movie and just simply turned the movie up to 1.5 speed. And that is essentially what they did.

Rian Johnson had torn away what little they had built and left nothing in its place. As a result, J.J. Abrams and the studio overcorrected so hard, the entire franchise went sideways on them.

These terrible movies are unfortunate. But they don’t take away what made me fall in love with Star Wars to begin with. The sense of wonder and danger and mysticism are still there in the same three movies I’ve watched hundreds of times before and will probably watch hundreds more times before I die. It’s like a warm blanket I can wrap myself in every time Disney half-vomits out another franchise installment precisely calculated to maximize profits and saturate the franchise into nothingness. I can just turn on A New Hope and sink into blissful images of Sir Alec Guinness in a bathrobe, swinging feebly at Darth Vader with a lightsaber.

Being a fan of such a massive franchise mean I can ignore the not-so great parts of it.

“But, Mike!” I hear you screaming in your brain as you read this. “Making more and more terrible movies diminishes the brand as a whole!”

But that’s not how movies have to work, and I’ll prove it: The Exorcist is one of the most beloved scary movies of all time, right?

Did you know they made a second one?

How about a third?