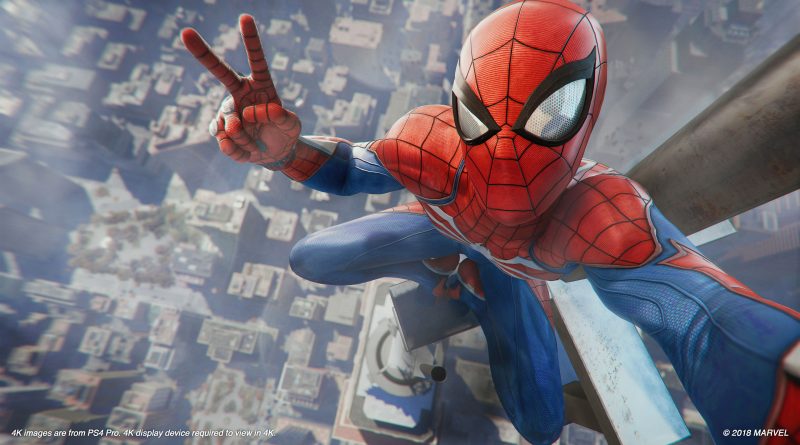 Welcome back, everybody! It’s been a hot minute since I reached out to the hungry masses and I’m sorry. My loyal readers deserve more than that and I promise to make it up to all three of you. DQ Blizzards are on me, guys.

But let’s get down to why we’re here today. I’m sure you’re all dying to know what I thought of Spider-Man: Arkham City.

Well, despite having the most distracting hyphen in the world right on the cover for everyone to see and squint at, it was… (drumroll)… Ok.

Don’t get me wrong, I love web-slinging through the city and getting distracted by every side mission I come across. I love seeing Spidey’s cadre of nemeses galavanting around the city with updated costumes and tech. It’s great. It reminds me of zip-lining through Gotham and getting into fights with a thoroughly terrifying Scarecrow or dropping in on a group of unsuspecting thugs just to introduce their faces to the pavement below. I see your kneecaps aren’t shattered. Let me help you with that.

But that’s the problem. I play this game and can’t unsee for what it is: An Arkham clone.

Now, in the interest of full disclosure, I’m not the biggest Spider-Man fan. I walked into this game with as much motivation as I would sitting down to watch all fourteen seasons of Grey’s Anatomy. But even if I was a Spider-Man fanboy, I would still have to admit that it’s not blazing any new trails here. It’s the same gigantic sandbox with the same tower quests as anything else from the last year. But instead of a spooky atmosphere or breathtaking scenery to keep your attention, it’s just… New York.

Another problem that I notice from the jump is the same problem comics have had since their inception. New York is full of international mercenaries hell-bent on turning every street corner into something akin to 1939 Berlin. Checkpoints and stormtroopers as far as the eye can see. Couple that with (SPOILERS!) every super villain Spidey ever put behind bars being broken out to wreak havoc, and you start to wonder what happened to the Avengers. Hell, I would’ve even settled for an Iron Man or Daredevil cameo after the fiftieth rocket launched in my direction.

Now, usually I can ignore the conspicuous absence of other heroes in stories meant to focus on one character or another. I’m a firm believer in the answer “ because then it would be boring” for dumb questions about Thor not being there to cook everyone with a million volts of justice.

But the game goes out of its way to point out that the Avengers’ Tower and the Sanctum Sanctorum are right there in New York, ready to be shot with sticky webbing. So, what gives? How are you going to point out the certain salvation for America’s biggest city without even a hint of why everyone is mysteriously absent?

The game is not without its merits though.

All the villains look great and there’s plenty of challenge to be had. And most importantly, in the barren wasteland that is the triple-A title release schedule during the summer, Spiderman will keep you swinging for hours and hours. I would gladly buy Spider-Man all over again if it meant I could spare myself from staring longingly at the Cyberpunk 2077 trailer one more time, or parsing through the comment section of Steam looking for an Indie title I might’ve missed that isn’t a boring slog.

So if you’re a fan of Peter Parker and his escapades, then by all means, go buy this game. The twenty-or-so hours I’ve dumped into it so far makes it well worth the price tag in my mind. And if it’s going to be imitation of something, at least the developers picked one of the greatest game franchises from the last decade.