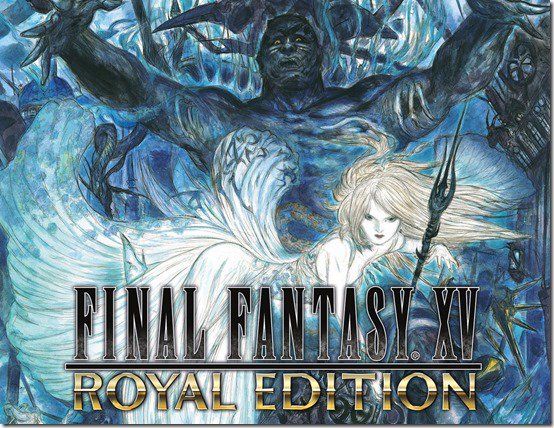 Hiya, nerds! Welcome to PeiPei’s Pennies, the part where I give my two cents on the things you’ll seemingly have to buy again! With the latest announcement of the Final Fantasy XV Royal Edition (hereafter FFXVRE), I felt the small need and/or desire to share my thoughts on the subject. By no means shall this be a full review or anything of the like, though, I shall give my opinion on the whole thing. Also, I want to make this blatantly clear, first: I am a huge Final Fantasy fan-boy, (Square Enix entirely but more on that at a later point in time), so take that as you will. I mainly just want to briefly discuss on this desperate attempt at a kick-ass “Game of the Year Edition.” And I suppose the PC Version but…whatevs.

I want to start by giving you a very short spiel on how my experience with FFXV went. I’ve been with this game since its announcement as Versus XII through the entirety of that crazy development cycle that was over 10 years. Once announced as XV I went balls-to-the-wall crazy about this game/ Followed every story, screenshot, interview, and even was selected as one of the chosen few to get the super shwanky Ultimate Collector’s Edition which at this point is a cool piece of nerd-swag. Played the game and had a good time but was left unsatisfied.

Tl;Dr version is -I was happy with its arrival disappointed on its execution but more on that later in a much more written out review. To continue, however, I do need to point out a big reason why I was disappointed in the first place – the game was/ still is unfinished!

Keeping all that in mind, I want to continue by immediately saying that I feel caught between a rock and a hard place. On one hand. I am ecstatic to be getting more Final Fantasy XV content- after all the DLC for the first Season Pass has come to a close, there’s of course a small amount of longing that comes with that. On the other hand, I am taken aback by the audacity Square has to release this thing. After owning this game for over a year, playing the DLC, watching the movie, and anime, and everything else that comes along with the FFXV experience, I can’t help but feel duped, dare I say, used for now having seen this.

For those of you who didn’t know, the Final Fantasy XV Royal Edition is the newest version of this game that comes with a variety of new things that are now included with the game. These things include:

Armiger Unleashed – after you collect all 13 royal arms, a more action-oriented mode of the Armiger is unlocked

Royal Vessel – the boat from FFXV is now a controllable vehicle. The same body of water (between Cape Caem and Altissia) can now be freely explored.

Over a dozen pieces of DLC, including weapons, Regalia car skins, and item sets.

That was taken straight from the Final Fantasy XV website, btdubs. Anyway, the immediate take-away? – “That’s cool AF!” Yet, upon further inspection…it’s sort of BS. Here’s why, dearest reader! Because the game still isn’t finished! To my knowledge, and I could have heard wrong, there is to be more DLC for FFXV in the form of a talked about Season-Pass-2-type-thing: Episode Ardyn for sure, and two other Episodes planned but not announced. So why bother even doing this with all the current DLC, and more, packed into one convenient package while still planning on releasing more side packages that require money?

And on the topic of money, I believe that for the FFXVRE is going to cost as much as new game or only twenty bucks for those who already own the core game. And here’s the problem with both those options. The first option being that one has to pay full price for another unfinished game with more stuff still to come and probably spend money on and the second part being that even if one does spend twenty dollars for the patch(?) then that means that the poor folks who already purchased the first Season Pass get an Engine-Sword-Sized shaft right in their wallets. It’s ridiculous to say the least.

That said, after constant amounts of complaining the whole edition of the game itself is still cool and for those who have never really played the original edition sort of get a bitchin’ deal. Not to mention the kickin’ new art that they have for the box art of the game, beautifully drawn by series artist Yoshitaka Amano. All in all, the new content is great and exciting for hardcore fans of the series and of the original FFXV.

So currently, with all the information presented to me, these are my two pennies on the subject. Am I a little peeved about FFXVRE’s existence? Yes. Do I still think it’s cool? Yes. Am I still going to buy it? Yes. Am I still a giant Final Fantasy tool? Till I die. Let me know what you have to say about the whole thing down in the comments! Till then. PeiPei out, kupo!