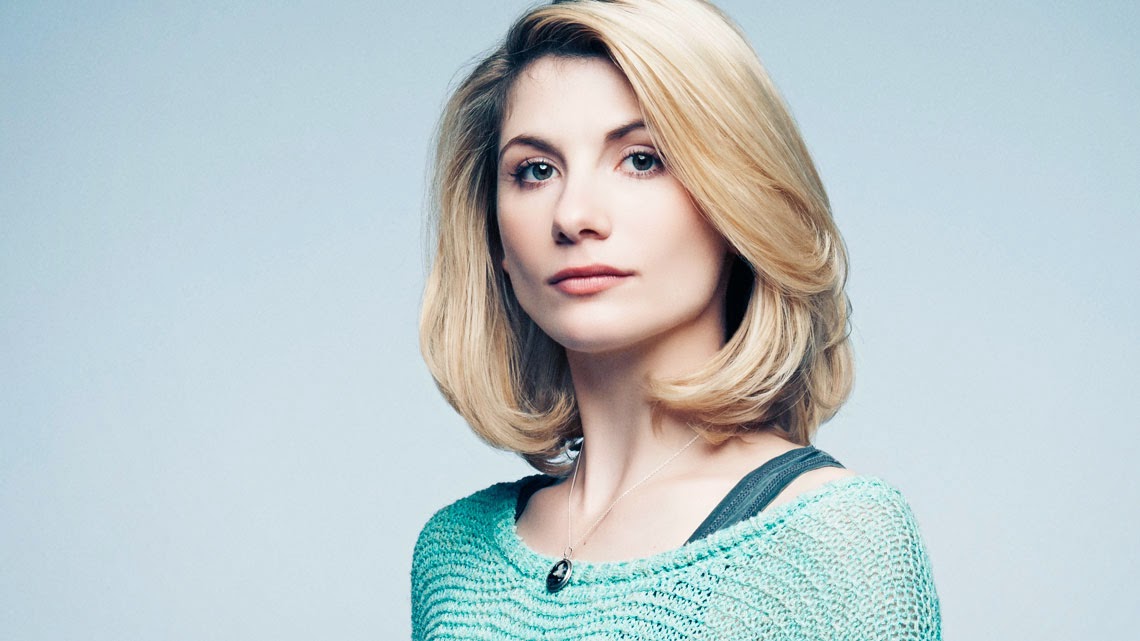 Doctor Who has a long and storied history. Within the show’s 55-year run, there have been twelve different actors who bore the mantle of the two hearted Time Lord from Gallifrey. As the lore goes within the Doctor Who universe, if a the Doctor dies, he then transforms into a new person with new attributes and personalities. But since the beginning, all of the different doctors have had one thing in common: They have all been white males.

Well, with the thirteenth iteration of the character, that’s about to change…

It was announced on July 16th after the Wimbledon Men’s Final that Peter Capaldi, the current Doctor, will be succeeded by Broadchurch’s Jodie Whittaker. Many thought this to be a well-overdue and welcome change, but still more find the move a bit worrisome. “If I have any doubts,” said Peter Davidson, who played the Fifth doctor from 1981-1984 in a Comic Con panel earlier this month, “it’s the loss of a role model for boys who I think Doctor Who is vitally important for.” Davidson goes on to temper his statement with a bit of a concession. “…I feel a bit sorry for that, but I understand the argument that you need to open it up.” Of course, even the most polite of dissenting opinions are enough to warrant internet backlash. Since his statement, Davidson has received massive amounts of hate for his reservations, prompting him to leave twitter, stating “All this toxicity about a sci-fi show has been sobering, so I’m going to call it a day…”

Still others have levied criticisms for completely different reasons. Anita Sarkeesian, a Canadian-American Feminism Activist, thinks the show hasn’t gone far enough stating “It needs to be said that the show is still an overwhelmingly white show and that issues of representation do not exist in isolation from each other…” Sarkeesian stated on her twitter. “It’s not as if you fix the ‘woman’ problem, THEN fix the ‘race’ problem, THEN the ‘queer/trans’ problem. It has to happen in tandem.” So it would seem that Ms. Sarkeesian thinks the show has a general diversity problem in all categories, but this isn’t necessarily the case.

It is true that all the actors who have played the the Doctor have been white males. But, any whovian will tell you that since the revival of Doctor Who in 2005, the show has featured a diverse cast of races, ethnicities and sexual orientations. Captain Jack Harkness, a recurring character on the show and it’s spin-off series, Torchwood,is an openly gay man. The Doctor’s current companion, Bill Potts, is a black lesbian woman who meets the Time Lord when it is revealed that her new crush, Heather, is piloting a time-travelling puddle. The truth is, Doctor Who has never been shy about introducing socially progressive characters. And making the Doctor a woman is yet another progressive step to remove any doubt in the minds of the fans that the show has any reservations about gender or race.

But, it is important to remember, and this cannot be overstated, that this is just a sci-fi television show.

But, maybe there is substance to one, or both of these arguments. What do you think? Is Doctor Who just another victim of the PC police looking to pander to the snowflakes in its viewership? Or is it not doing enough to represent the mass range of cultures that exist, and yet, still remain under-represented in today’s media? Make your own choice. As for me, I’m going to simply enjoy the ridiculousness that is Doctor Who as I’ve always done.

6 thoughts on “Doctor Who Has A New Face”