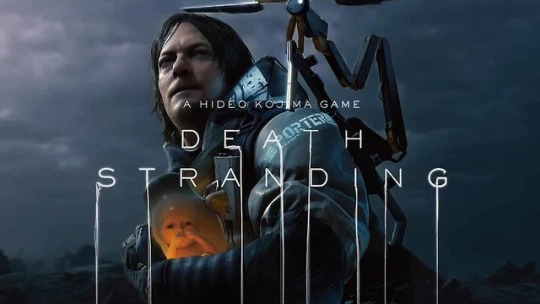 It has been over a year since I took a hiatus from writing snarky game reviews for this site.

There were enough game reviewers out there writing the same things. Nobody was going to miss one more article praising (or sharting upon) the same titles as everyone else. And for a time, I was happy
with that decision.

But one game has vexed me, baffled me, and filled me with so much impotent frustration and rage that I
can hardly contain it. Worse yet, I see the internet praising the same game as some sort of new masterpiece. What? How can this be?

I must speak, if only to vent all my vitriol by shrieking into the void that is the internet. This game is not good. In fact, it is the opposite of good. It is bad. It is…

Now, I realize that in writing this, I risk incurring the wrath of whatever Hideo Kojima’s version of The BeyHive is. But I don’t care. I must warn others, lest more unwitting gamers fall into the same forty-hour trap I did.

See, in determining if a game I had just spent full retail price on is any good, there are five distinct areas
that are evaluated:

I know, I know. Sorry for the harsh use of language, but it is my truth; A conclusion that I spent the better part of a workweek coming to. It’s bad. “But, Mike!” I hear you screaming at your computer screen. “You
can’t just make such a crass and inflammatory statement without at least defending your position, no matter how ripped and defined your pecs are!”

And to you, I say: You’re right on all counts, as usual, my trusty strawman.

So, let’s snap on some Latex gloves and see exactly what went wrong here
(SPOILERS: It’s everything. The answer is everything).

A great game will meet every one of these basic requirements, no sweat. A good game will hit most of them. Hell, I’d even give a passing grade to something that hit just a couple of these points, if it managed
to be entertaining throughout. So how does Death Stranding stack up?

Well to start, the story is paradoxically incomprehensible and way over-explained at the same time.

It starts with you being a member of a worse version of The Pony Express. You get stranded in a cave while magical time distorting rain falls outside. It is here that you meet a woman with the ability to teleport at will. Also, she eats slugs.

If you’re one of the few reading that description and thinking to yourself “How can he possibly not understand what’s going on at the start of the game?!” Well, congratulations. You’re clearly better than me.

After the first panic-inducing hour, the game then abruptly switches to laboriously explaining everything in painful detail through hilariously named characters like “Deadman” and “Die-hardman” as you run
through the open wilderness with your ghost-detecting baby. Nothing but miles of treacherous rocks, rolling hills, and all the exposition you can stomach and then some.

Even when the story tries to do things like introduce new themes, it’s done in hilariously simplistic ways that are then repeated by the characters over and over. “It’s about being connected to a whole, Sam” Die Hardman says, looking down at him from a terminal. “People need connections.” Yeah, we got it the first eighty-seven times you said it. Jesus.

Then there’s the characters themselves. Most of them are flat and undefined. Characters like Momma or Deadman show up just long enough to help him out of a jam, present him with some sort of new gear or
explain their laughably improbable backstories. Some even wear masks to denote that they themselves are hiding something.

The only character that stuck out as somewhat intriguing was Clifford Unger, a soldier played by Mads Mikkelsen. Just about the only consistently engaging part was working to unravel the mystery of this seemingly tragic man. But it’s so heaped in other refuse and exposition, that even his story seems like a slog by the end.

The look and feel of the game is actually well realized. The story is set in a dystopian future filled with dangerous specters and the game does a good job of maintaining an oppressive, bleak tone throughout.
Even the brightly lit rooms and sunny skies are not enough to completely dissipate the feeling of unease. Couple that with the sense of adventure that comes with discovering where the next city lies and how to get there, and you’ve got one of the only things that works on any level for me in this game.

Now it’s time that we talk about the gameplay here ya’ll. And it’s bad. Like REAL bad. Sam needs constant correction, or he will fall straight on his face like your mom did last Christmas after all that eggnog.

And that’s not all.

The combat is awkward and clunky. The vehicles feel fine-ish to drive, but you run into rocks that stop you dead so often that it makes walking the whole way really the only option. In fairness, they do have a community roadway system that you can build with other players that would
make the world way easier to traverse. But as of this article’s publish date, not enough have been built to make a vehicle worth while for more than twenty minutes of gameplay at a time.

Finally, we rate how intuitive the menus are. If you’ve gotten to this point, you can probably guess what I’m going to say.

The save button is under the “System” tab. Now, ignoring the fact that most games have an automatic save feature these days, why isn’t the “save” just right there when you hit the start button (Yes, I still call it a start button, I’m old. Leave me alone)? The only reason I knew where it was at
all was from a loading screen hint.

But this is like day-one stuff, right? “Optimize menus” should be right
below “Render Norman Reedus’ nostril hair to countable levels.”
The cargo menu layout is horrendous as well. You have to go through two or three separate menu options to move around a single piece of gear. Oh! And don’t forget to hold the “X” button for three seconds rather than just backing out of the menu, otherwise you’ll have to do it all again!

So Finally, you manage to slog through bad controls and poorly realized characters to get all the way to the end! Yay you!

What do you get for all of your troubles?

Why, another two hours (not exaggerating!) of
cutscenes where people drown you in exposition.