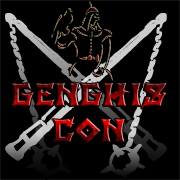 Although the convention is based more around tabletop games, it also included MMORPG’s (massively multiplayer online role-playing games), arcade games, and LARP (live-action role playing) groups. Cosplaying was more than welcome, as the convention included a cosplay contest, which was surprising, since it is a gaming covention. Also provided was a Saturday night party hosted by Club Cosplay Denver, a nightclub that is well known for hosting nerdy parties without the drama.

Among attendees, Genghis Con 2017 was a hit. Cosplayers and gamers alike had plenty to do, buy, play, and enjoy over the course of the four day convention, giving them ample motivation to attend the DGA’s Tacticon at the end of September this year. Tacticon will be held at the Crowne Plaza DIA Convention Center from September 28th to October 1st, 2017.