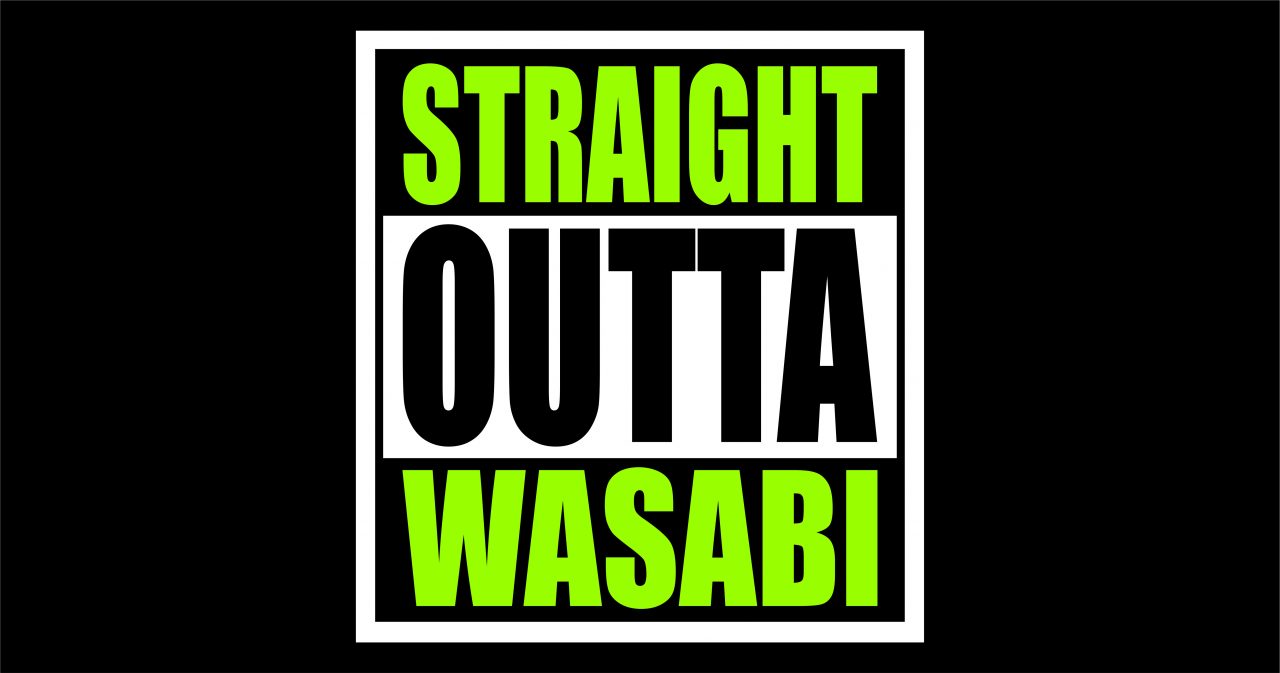 News
March 28, 2017March 28, 2017 admin 0 Comments 2017, anime, anime convention, animeland, animeland wasabi, convention, wasabi, wasabicon
If you were to mention Animeland Wasabi to many Colorado convention go-ers, it would instantly put a bad taste in their mouth. In 2013, Funimation filed a lawsuit for copyright infringement against a handful of Animeland Wasabi vendors. That same year, multiple people reported being groped by hotel staff (myself included). In 2014, rumor had it that the guests were not compensated and were charged for their hotel rooms. In 2015, the hotel was so small that Animeland Wasabi gained the nickname “the hallway convention” by many of that year’s attendees. So how is it, with everything that has happened, that this convention is still staying afloat?
Let’s start with the lawsuit. If you’ve heard about it in passing, the odds are that you’re incredibly misinformed. Funimation did not file a lawsuit against Animeland Wasabi. Funimation filed a lawsuit against Miller Isaiah Timmons and ten of his unnamed associates. According to Animeland Wasabi Convention Director Andrea Cortright, “The only part of the lawsuit that affected us was a belief that the convention was created to sell bootleg merchandise with impunity, which is simply not true. If there’s an issue, we address it. If we don’t see it, we would hope that it gets brought to our attention so that we can address it. I imagine the over-arching goal was to bring attention to the severity of the damage that bootleg merchandise can cause to our industry. There is the belief that he was ‘being made an example of’, but, while you never want to be on the receiving end of it, the silver lining of the situation is that everyone is on the hunt for bootleg merchandise more voraciously than ever before and dealers that are selling it KNOW that WE are certainly not the convention to bring it to if they dare to try. I appreciate the added security of having vendors know that they are under that much scrutiny when they sell with us.”
As an attendee of this year’s Animeland Wasabi, and having known this bit of history prior to the convention, I had kept an eye out for bootleg merchandise in the Dealer’s Room. Cortright’s words have shown to ring true, as everything I saw was original work. If there HAD been any issues with copyright infringement in years prior, these issues appear to have been resolved.

Next on the list is the groping incident of ’13. Those who had reported getting groped had been groped by hotel staff, not convention staff. Cortright comments: “I didn’t hear anything about hotel staff doing anything more than being incredibly rude to people (which we took up with the hotel on multiple occasions, causing at least ONE “altercation” between myself and a guy on their security staff). Anything remotely close to sexual harassment or misconduct (which we HAVE dealt with in the past swiftly and without any quarter when it’s brought to our attention) would have been brought up to the hotel, then the police if there was no resolution.

Unfortunately, situations like that are rarely brought up to the right people. People tell their friends, they tell a volunteer who can commiserate, they get on social media and tell the world when it’s over…but it’s never tell the people that need to know so they can DO something about it.” The convention has not been held at that hotel since then.
Beyond that was the issue of guest compensation. Guests DID get compensated that year, but not in the way that anyone thought they would be. As Cortright revealed: “First and foremost: to the best of our knowledge, every guest from that year has been paid. We tracked down everyone we could to make sure we got everyone square…but because it wasn’t on our list in the first place, it’s proved…difficult. I’ll explain:”
“The guests’ payments weren’t handled as originally agreed upon between Animeland and the parties that brought them in. At the end of the day, Animeland’s name was in the forefront, so instead of pushing back and saying, ‘we didn’t take this on, we need to go after the guys that did,’ we simply did our best to make it right. We would settle up with those responsible at a later time (so it’s said, that’s between us and them). We took on a massive expense we weren’t prepared to cover because we believe in making it right. Which is why it took so long. “
“There WAS massive miscommunication with the hotel (incidentals should have been turned off, cards should never have been requested by the hotel at check-in at all, etc) which caused their cards to be charged at checkout.”
“We didn’t start that fire…but we stood behind our name to fix it.”
Lastly, there was the issue of the “hallway con”. After speaking with Beau Dufrene, Animeland Wasabi Press Director, I discovered that Animeland Wasabi did not have much of a choice regarding that arrangement. They had arranged to have the convention at a larger hotel, and the hotel fell through, forcing them to find another hotel with little notice. They have, since then, moved the convention to different hotels each year, in search for the ideal location. The hotel they chose in 2016 hosted numerous conventions in that year, causing Animeland Wasabi to fail from standing out. The hotel in 2017 was a substantial improvement.
So what all has Animeland Wasabi done this year to change, given complaints they have received in the years prior? As an attendee, I can say this: I felt comfortable and safe, the convention goers I spoke to felt comfortable and safe, and the hotel was much bigger than in the year of the hallway con. The hotel staff AND the convention staff were all very helpful and considerate, there was plenty to do throughout the weekend, and the convention altogether was a good deal of fun. My two complaints would be that  (1) schedules were not readily available, given the reliance on a new app that the staff had attempted to integrate, and (2) the hallway throughout the hotel selected was far too long, creating quite a hike between the Main Events room and the rest of the convention. Both points have been reported to the convention director, and the staff is looking into resolving said issues.
Overall, Animeland Wasabi has grown to host a rather enjoyable convention, and I am eager to see what they have in store for next year. The 2018 convention will mark their ten year anniversary. In celebration, Cortright has reported that she intends to make it the biggest and best Animeland Wasabi yet. I expect great things!
If you’re interested in seeing what Animeland Wasabi 2017 was like, keep an eye out for our documentary, set to come out in the next few weeks!
Sources:
http://www.animenewsnetwork.com/news/2013-03-04/funimation-sues-animeland-staff-over-counterfeit-items
https://www.reddit.com/r/animecons/comments/2ngm4k/do_not_attend_animeland_wasabi/