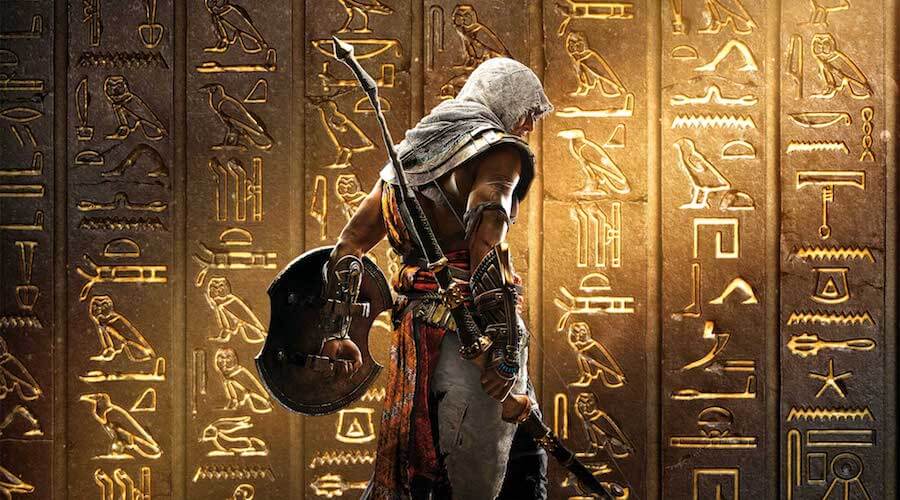 Assassin’s Creed: Origins is set to be released on the 27th of this month and I am stoked, people. The highly anticipated addition to the series is set in Egypt during the time of Cleopatra, and boasts as much room to explore as Assassin’s Creed: Black Flag, but on land rather than the open seas. With such a massive map, it’s small wonder why the game has been in development for two years. But that wasn’t the only reason. Assassin’s Creed game releases used to be annual events, with the last several installments featuring new playable heroes in each of them, set in different cities around the world, and at different points in history.

But after the disaster that was Assassin’s Creed: Unity, a game centered around the French Revolution (the story was a snooze-fest and the sloppy controls made it borderline unplayable), they knew something needed to change. A game set during a bloody revolution? *Yawn*

The game that came out the following year, Syndicate which was set in 19th century England, even took a hit in sales as fans remembered the hurried and slap-dash nature of the previous installment. So, Ubisoft decided to take a year off and rethink everything, and I dare say it paid off.

The new game has a whole host of brand-spankin’-new features including new abilities, weapon upgrades, and combat mechanics. And it’s all set in my favoritest-est(?) place on earth: Egypt. JUST LOOK AT ALL THE PRETTIES, DAMMIT!!

The player takes on the role of Bayek, a Medjay who works to protect the people of Egypt during a time of upheaval during the Ptolemaic era. Together with his hawk, Senu, he fights the precursors to the Templars while developing the tenets for future Assassins to live by. The developers have touted that this is the beginning of it all, and what a fitting point to reimagine the entire franchise from the ground, up. With all the extra time and care Ubisoft has taken to create this masterpiece, Assassin’s Creed: Origins is certain to be everything gamers could imagine and more.

Or maybe it’ll suck harder than Unity did, and I’ll end up destroying the disc in a fit of rage and despair. Who knows…